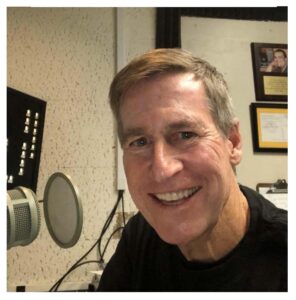 Dan Sweeney’s One Hit Wonders tells the unique stories for over 2200 one hit wonders from 1955 to 2015, including “where are they now” updates.  Along with trivia, OHW interviews, jingles, movie and pop culture from the showcased years, Dan Sweeney’s One hit Wonders has become the “fun” place to remember those forgotten hits.

Sweeney is a Chicago native. He grew up listening to WCFL and WLS in the classic top 40 era.  Dan was a radio personality in HS (WLTL, La Grange, IL) and College (WVXU, Cincinnati). In 2017 he created “Dan Sweeney’s One Hit Wonders”’ at KKSM, 1320 AM in Oceanside CA.

Now, One Hit Wonders can be heard on stations coast to coast in the USA, Canada, England and New Zealand.

Besides radio, Dan has had a successful career in Cable TV and TV technology. Dan worked for Showtime, and regularly hosted weekend previews on local cable systems, selling Showtime “on the air”.

Later, he worked for TV Guide (the cable TV “on screen” guide you couldn’t control) and developed interactive program guides that are now commonplace. The fun continued with Buzztime games, the multiplayer interactive trivia games in cable TV homes and bars, available all over the United States. And we are proud to have Dan here on Famous 56 Boss Radio.