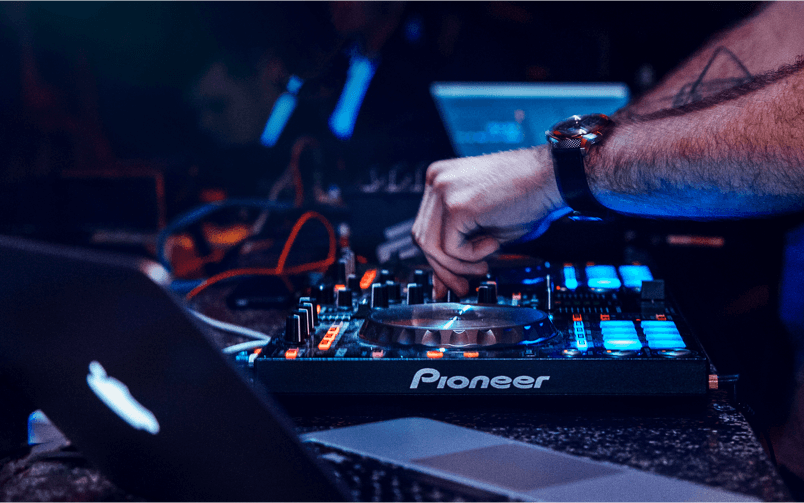 On the Radio for over 15 years

WFIL was formed by a merger of two stations that were launched in 1922. One used the call letters WFI; the other was originally WDAR. Each was owned by a major Philadelphia department store; WFI was operated by Strawbridge and Clothier, while WDAR was run by Lit Brothers.

While operated independently of each other, the two were able to work out amicable share-time agreements (hundreds of other American stations at the time were unable to do so, and frequently engaged in "jamming wars"). Around 1924, WDAR applied for and received the custom call-sign WLIT.

By the late 1920s, the two stations were working jointly on various programs, promotions, and sponsorship efforts

In 1935, the two operators agreed to merge with each department store having representation on the new board of directors.

The new call-sign became WFIL, a combination of the two previous identifiers (the fact that the new call letters were close to a phonetic spelling of "Philadelphia" was merely a happy coincidence). The new WFIL was an affiliate of NBC; some sources say the station never became established as either a "basic Red" or "basic Blue" outlet, but at least one early WFIL advertisement claimed that it was a "basic Blue" station. Westinghouse's KYW had replaced WFI-WLIT as the NBC primary for Philadelphia when it moved in from Chicago, Illinois a few years before.

Triangle Publications sold WFIL AM-FM-TV to Capital Cities Broadcasting in 1971 with the radio stations spun off to new owners, WFIL to LIN Broadcasting and now today on 56 am is a Christian station. Although this site is a salute too some of the memories and the music that played on the famous 56 WFIL back in the late 50's - 60's - 70s and 80's.

If you grew up in Philadelphia during this era of the late 50's Thru the 80's then you'll enjoy famous 56 boss radio for the music and the memories of WFIL radio. - Happy listening.

NOTE: We have no affiliation with the prior owners and now this web based under famous 56 boss radio (Slack  Communications) and is to bring back some of the greatest music and memories in an old but new sound and to keep the music and the memories alive.